Till The Last Breath – Mr. Furutan’s Last Act of Service 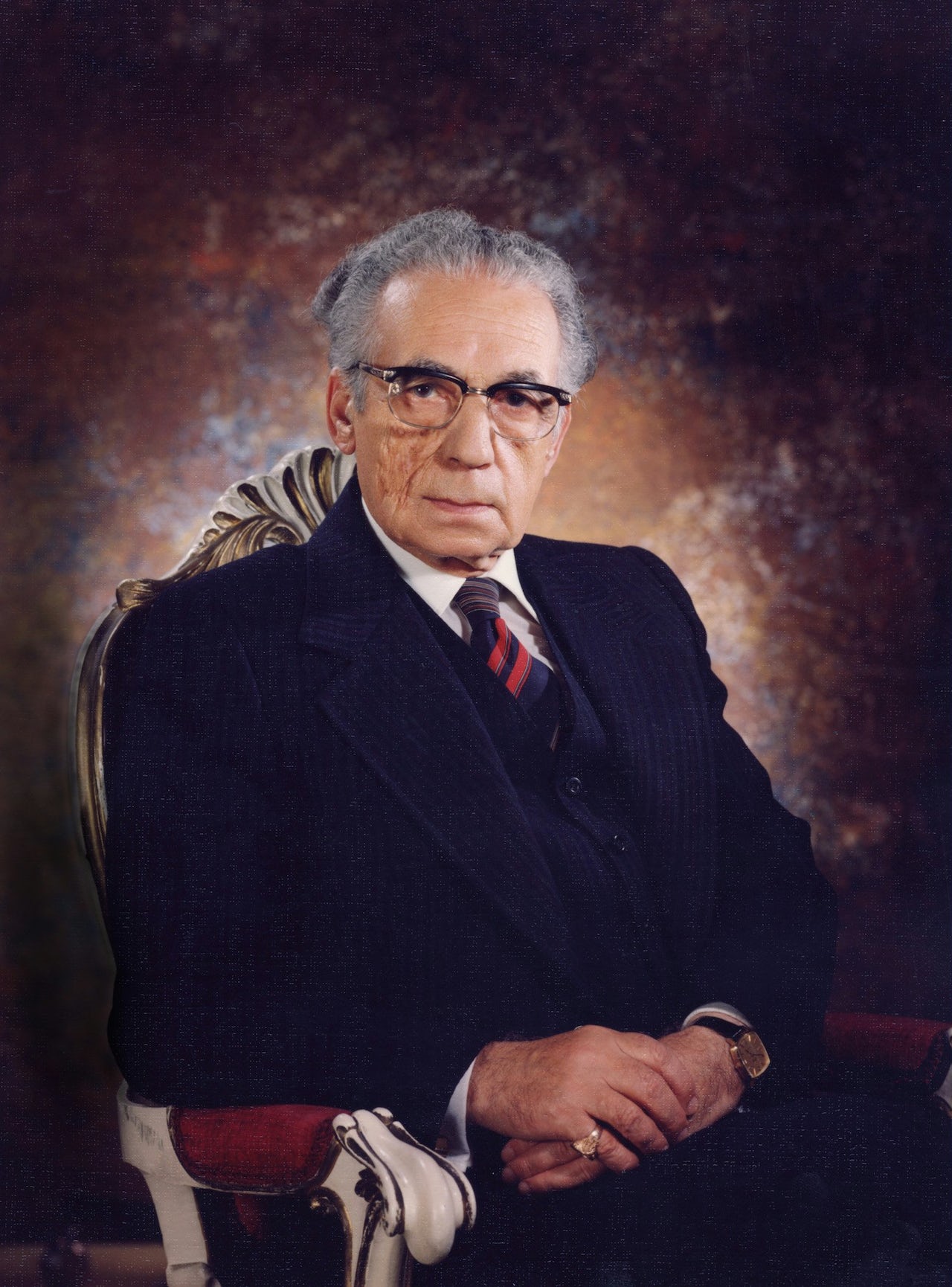 By Irina Musuc
With permission

I believe that life is a series of instances, occasions, encounters that shape our personalities and form our path. And some encounters leave such profound mark in the soul, that it can change the whole perception of one’s existence.
I had such an encounter on 26th of November 2003 on the Day of the Covenant. It happened during a 9 day Baha’i Pilgrimage in Haifa and it became the most memorable and distinctive moment of my pilgrimage, a spiritual lesson and a lodestar, which enlightened the rest of my life.

That day our group went to Akka. There we saw the Greatest Prison, where Baha’u’llah and members of His family were kept, the house , in which Baha’u’llah revealed the Most Holy Book Kitab-i-Aqdas and many other Baha’i Holy Places. I was overwhelmed and full of impressions. But that wasn’t all for that day, as in the evening at the Pilgrims Reception Center we were supposed to meet with an outstanding person, the Hand of the Cause of God – Mr. Ali-Akbar Furutan.

The meeting was supposed to start at 6 p.m. It wasn’t our first meeting with him. First time I saw him on the first day of pilgrimage – 24th of November. He gave a marvelous speech and promised us to come every other day. He said that before he used to come every day to meet with pilgrims, as Shoghi Effendi mentioned, that pilgrims were the guests of Baha’u’llah. But now doctors recommended him to come once in two days because of the age. No wonder! Mr Furutan was 98 years old.

I have to say that I heard about this unique person long before my pilgrimage. Once I heard one Baha’i sharing a conversation Mr. Furutan had with a group of pilgrims. When one of them asked him what he was afraid of most of all in life, he asnwered that he was afraid of dying comfortably in his bed and not being steadfast in the Cause of God till the last minute of His life. It was an amazing thing to hear, knowing how much Mr. Furutan has suffered and how faithfully he was serving the Baha’i Faith throughout his entire life.

Now you can imagine our disappointment, when we were told, that Mr. Furutan wouldn’t come. Then I remembered that when he first came to meet with pilgrims, he looked very weak and frail. It seemed that life giving energy was slowly leaving that fragile body. Of course, the first thing I thought was that he was not able to come because of the state of health.

Many pilgrims decided to go to their hotels, but some of us, quite few indeed, decided to stay, hoping that the meeting would still take place. How happy we were when ten minutes to six we were told that Mr. Furutan would come. As soon as this unique person entered the room, it became evident what efforts it took him to come here. He looked very pale and even transparent. It seemed that he no longer belonged to this earthly realm. However, notwithstanding the weakness, he went up the stage by himself andbuckled the microphone to his suit.

Mr. Furutan’s speech was dedicated to the Duty of teaching the Faith. First he read the quotation of Baha’u’llah from the “Gleanings”:

“Say: Teach ye the Cause of God, O people of Baha, for God hath prescribed unto every one the duty of proclaiming His Message, and regardeth it as the most meritorious of all deeds. Such a deed is acceptable only when he that teacheth the Cause is already a firm believer in God, the Supreme Protector, the Gracious, the Almighty. He hath, moreover, ordained that His Cause be taught through the power of men’s utterance, and not through resort to violence. Thus hath His ordinance been sent down from the Kingdom of Him Who is the Most Exalted, the All-Wise.”

Then the Hand of the Cause shared with us his understanding of the word duty. As an example, he told us a story. “It happened in Russia, when Nikolai the II was the tsar. One day Nikolai the II was walking in the courtyard of his palace. He noticed the guard, who looked very ill, his face was red and swollen. He approached him and asked from what illness he suffered. The guard answered that he had malaria. Then the tsar told him that he needed special care and that he could go home. But the guard replied that he was not able to leave his post without the senior officer’s permission and that it was his duty to guard the palace till the last breath. Then Nikolai the II took his rifle and told him, that in such case, he would replace him at his post till the senior officer came and he would inform him that he personally let the guard go and that he fulfilled his duty. “This is what duty means” – Mr.Furutan said. “The reason I came here today is because it was my duty to come. And if it is a duty – you have to fulfill it.”

Many people know that Mr. Furutan lived and studied in Russia and that he lovedspeaking Russian whenever he had chance. Fortunately, all the Russian-speaking pilgrimswere present at the gathering. And when he was telling the story, he often translated some words into Russian, and especially, the words “duty” and “responsibility”. When the Hand of the Cause finished his speech, he immediately approached the Russian-speaking pilgrims and asked in Russian: “Friends, did you understand what I said? Did you understand what is duty?”

These words were almost the last words in his life, as in few minutes he passed away. He died before our eyes, peacefully and with dignity, on the pilgrims’ hands, whom he appreciated so much. His life and his passing became for me an example of true servitude, steadfastness in the Covenant, and faithfulness to the Cause of God. By his own life he showed us what duty was and how we had to fulfill it till the last breath!